HOTEL “N” *** is located in the southern edge of the central city zone, in a quiet and typical ambient of Vozdovac, away from the center of the city about 4 km.

From the content of the hotel “N” *** there are 130 comfortable rooms (3 large apartments), a restaurant with a national kitchen, an aperitif bar, a conference center (2 halls), two half-level lifts and parking in front of the hotel which is covered by video control. The hotel also has a large parking lot for buses in the immediate closeness with 24h physical security.

The rooms are equipped with direct dial telephone, cable TV, internet access, internet wireless, hairdryer. In more than 60% of the rooms there is an air conditioning, we also have a fire alarm and SOS phones in the bathrooms.

From other hotel services, guests can use room service, photocopying, internet (free of charge), fax, wake up service.

The hotel consists of two parts “A” and “B” part of the hotel and the current capacity is 130 rooms. All rooms are equipped with modern mattresses, bathrooms with showers and SOS telephones, TV (cable TV with about 80 TVs and satellite channels from around the world), telephone with direct line, hairdryer. The hotel also has the most modern fire protection system which is consisted by Fire Department at the reception desk and pampers in each room and every part of the hotel.

The “A” part of the hotel is a renovated part and the structure of the rooms is next:

The “B” part of the hotel is consisted by standard economic rooms of the following structure:

Of course all rooms of “B” work have their own bathroom with shower, hairdryer and SOS telephone. Most rooms have air conditioning and Wi-Fi connection is provided. Mini bars are issued as needed by the guest. 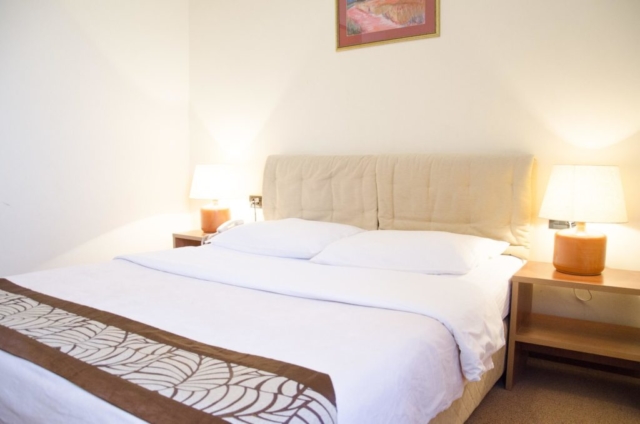 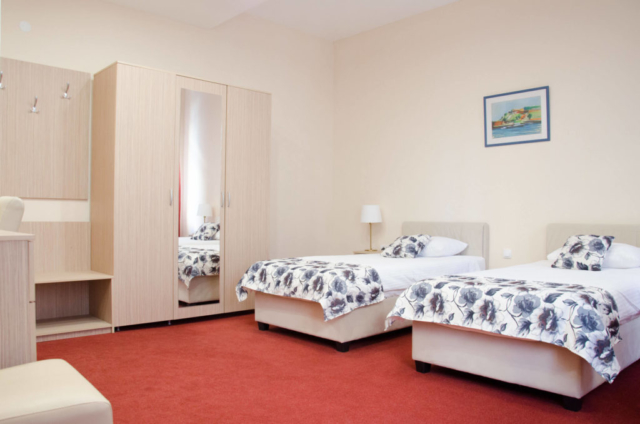 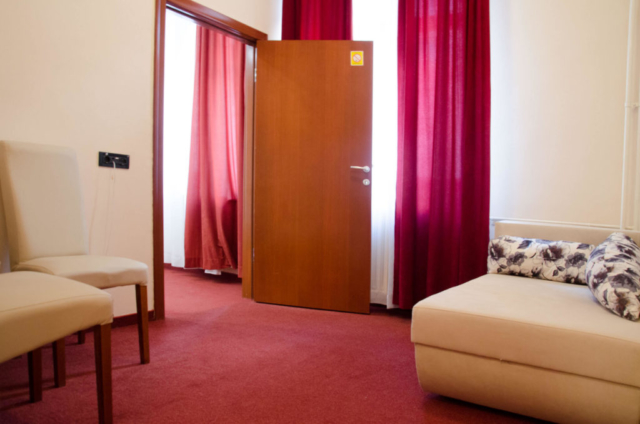 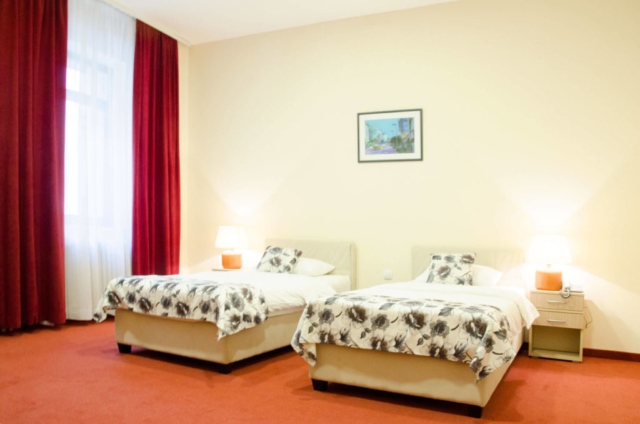 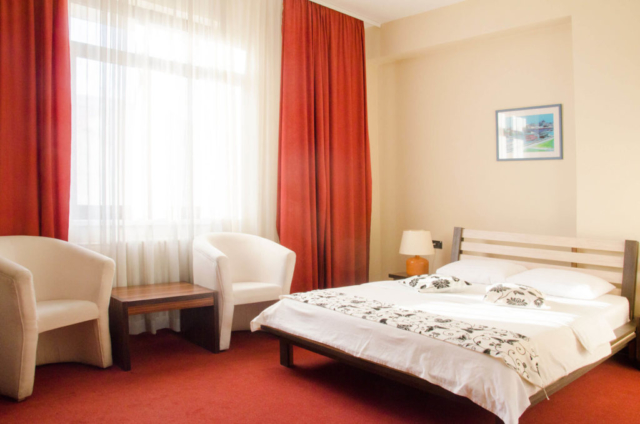 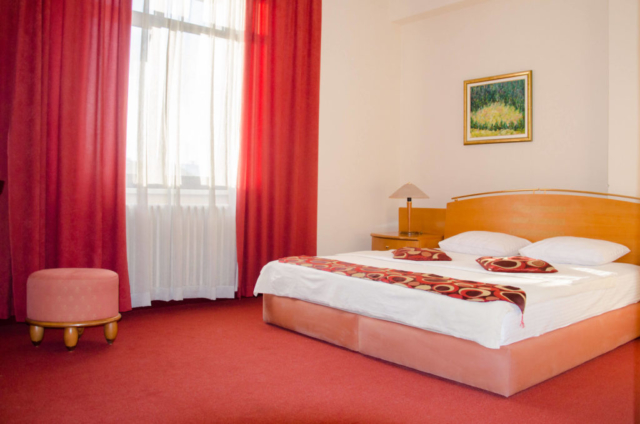 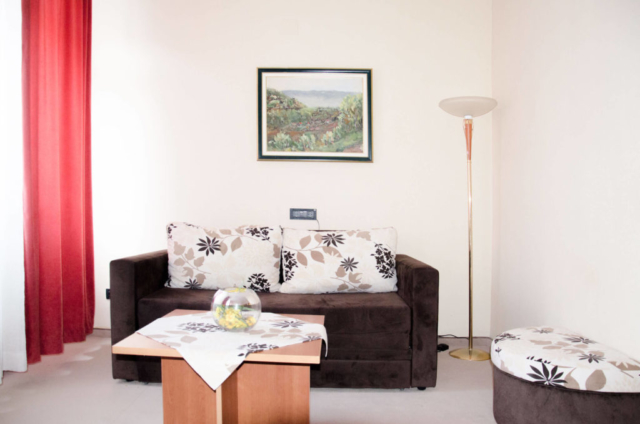 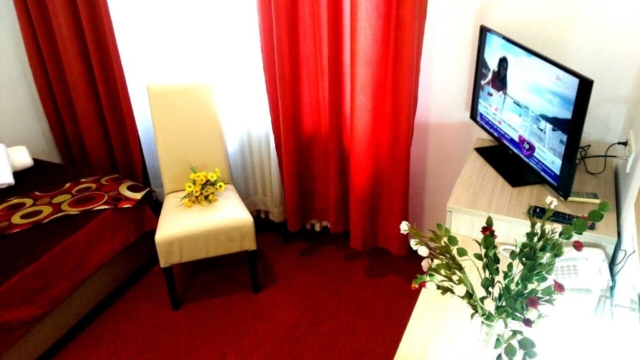 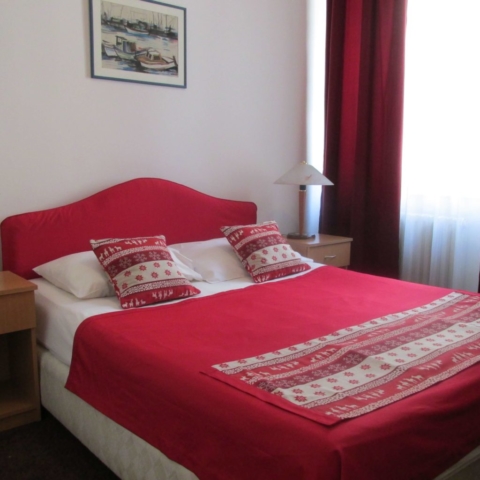 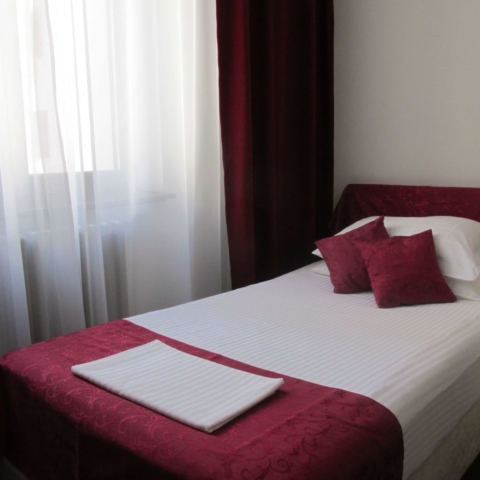 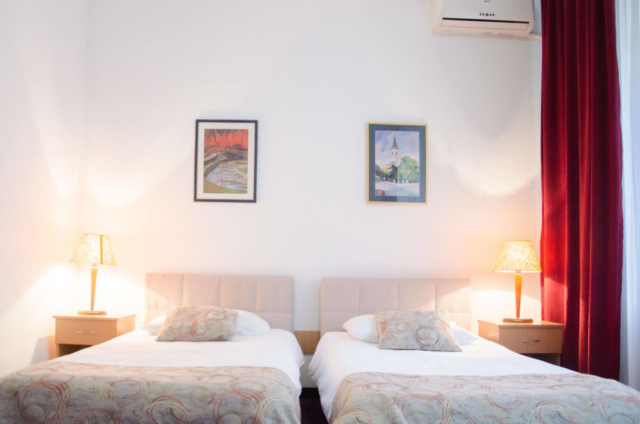 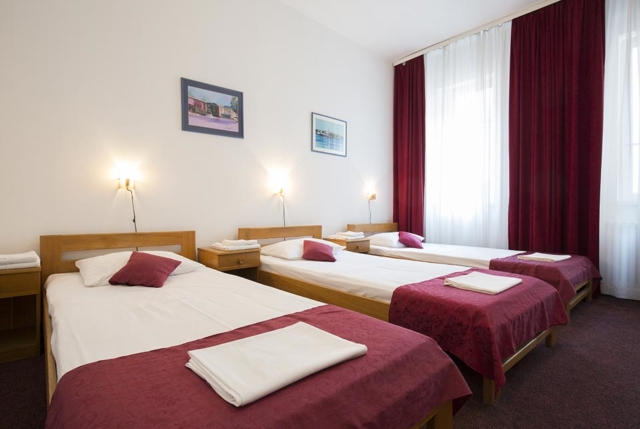 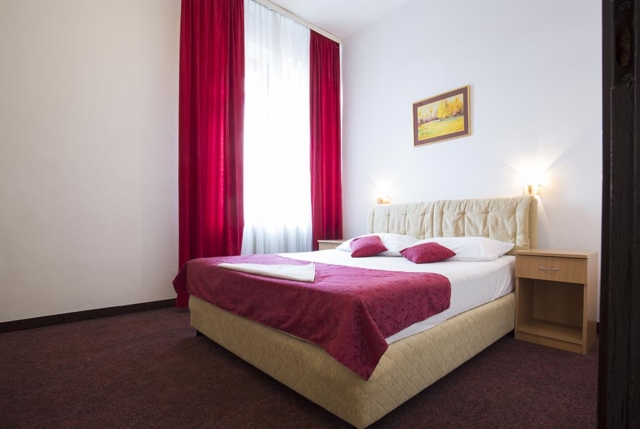